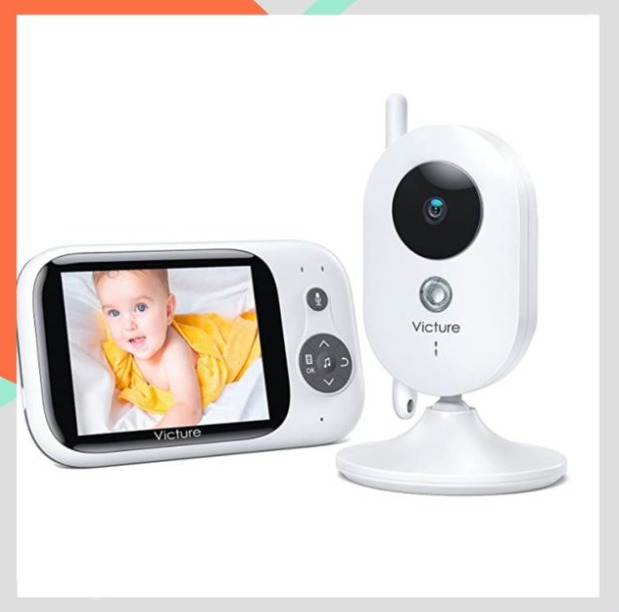 Baby monitor wifi interference: Buzzing, irritating, or fixed audio are all examples of audio disturbance. If you’re a parent, you’ll be annoyed to find yourself listening to your next-door neighbour’s cell phone calls on your baby monitor and also vice versa. Wireless gadgets used by family members might cause a variety of problems. Child monitors and cordless phones are the most prevalent culprits in these kinds of incidents.

There are digital baby computer monitors that operate on the 2.4GHz frequency range. Interference occurs when two devices using the same frequency band and channel come into contact with each other. It is also possible for radio frequencies to interfere. Following is the reason for baby monitor wifi interference.

The frequency range of the 2.4 GHz band is fairly large. Occasionally, you will run into devices that don’t get along.  A defective baby monitor could be mistaken for an electronic gadget that is producing interference in your home. When a baby monitor is being interfered with, there are several telltale signals.

All of the potential sources of interference may remain; thus, your efforts may be in vain. There are steps you may take to lessen the chance of interference. The ‘static’ and screaming noises that baby monitor wifi interference can reduce by following the suggestions listed below.

If this is the case, it should be obvious. It’s best to start by moving your baby monitor out of the path of other technological devices like microwaves and wifi routers. When using a baby monitor, it’s also a good idea to keep it near the front entrance. Maintaining a strong signal requires a clear “line of sight” between the sending and parent units.

Monitors should not be placed behind substantial walls:

Monitors should not be placed behind substantial walls, such as columns, unless necessary. Switching off other gadgets may also be a good idea to remove them from the list of possible causes. Place your baby monitor on a non-metal surface, such as a wooden table or shelf. The transmission and reception of signals will be affected by metal.

Change channels on your baby monitor or any other electric device you own. These devices broadcast wireless signals. Auto channelling is a common feature on most devices. Other neighbouring devices can be detected utilizing the same channel by this method. If a conflict is found, the device switches channels.

Manually selecting a channel is also possible. Often, it’s a matter of trial and error to get it right. It’s impossible to tell which Wi-Fi channels your neighbours use, for example. However, if they utilize a baby monitor, you could inquire. Wi-Fi channel changes are a good first step in reducing interference from other baby monitors002E

Having separate wireless networks in a home:

Even if your neighbour’s network is more disruptive than your own, having multiple wireless networks in your home can be even more so. We propose creating a separate guest network (SSID) on the same router or access point as the primary network if you need different levels of wireless network access.

Wi-Fi signals can be disrupted by wireless equipment such as headsets, keyboards, and mice. A frequency hopping mechanism allows Bluetooth to skip across the 2.4 GHz band at a rate of up to 1600 times per second. When Bluetooth-enabled equipment enters the frequency range of Wi-Fi-enabled equipment, it can disrupt Wi-Fi communication and cause delays. Troubleshooting such situations is difficult because the impact on Wi-Fi is highly unpredictable because of the frequency hopping.

Turn on the baby monitor:

The baby monitor should turn on first, and then other devices can be turned on. It’s not a good idea to leave your internet router off all the time. If your broadband network is interfering with your baby monitor, you’ll have to consider whether or not you’re okay with turning it on and off frequently.

Digital baby monitoring is the best option for parents who have an analogue monitor that is experiencing interference. Interference can affect digital devices as well. Static and interference can reduce significantly by using digital signals that are clear, strong, and encrypted.

Static and interference are more common in analogue systems since they rely on radio frequency transmissions. Analogue transmissions also have a shorter range than digital ones. Those with handheld scanners can more easily access analogue signals.

Isn’t it time for us all to embrace this new social media platform? Digital Enhanced Cordless Communication, or DECT, is the acronym for it. DECT baby monitors will not conflict with other devices that use the 2.4 GHz band due to DECT’s unique frequency.

Some baby monitors lack DECT, which can be a problem for some parents. To put it simply, these monitors are a little more expensive than most. However, in my opinion, the additional cost is worth it because of the lack of interruption.

Because of incorrect or low-charged batteries, baby monitor signals cannot be transmitted or received properly. Signals can also fail to arrive at their destination. Interference is more likely to occur on weak transmissions or those that regularly drop out. The correct batteries must use. This will make a tremendous difference. Rechargeable batteries that no longer hold a charge should be replaced as soon as possible.

In the end, these six measures can help you minimize or even remove interference from your baby monitor. To summarize, both baby monitors and cordless phones have the potential to interfere with one another’s functionality. In any case, you can continuously deal with it or lessen its negative effects. Make use of a child monitor that operates on a distinct frequency band from your other cordless home devices to minimize the risk of baby monitor wifi interference.